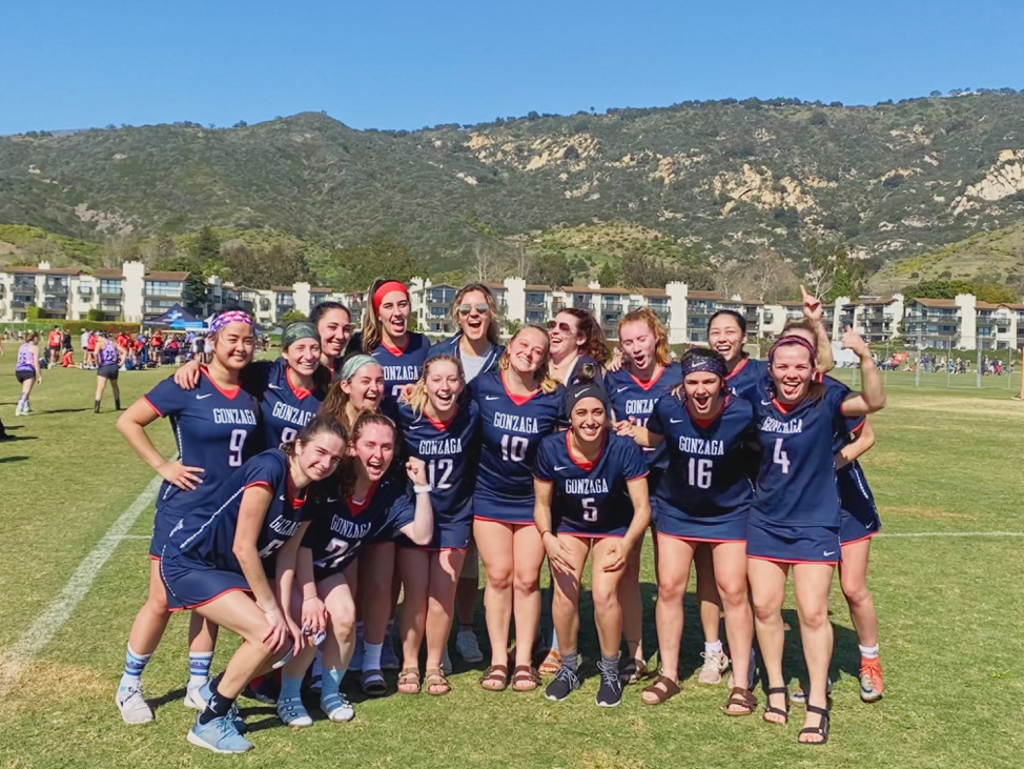 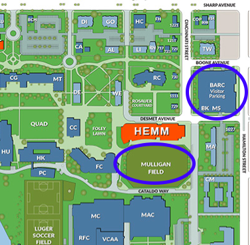 Welcome to the home page for Gonzaga Women's Club Lacrosse

We are a WCLA D2 club team playing in the Northwest Women's Lacrosse League.

Our home games are played on Mulligan Field. Visiting team's and spectators can find free visitor parking in the BARC garage.

This weekend in Portland, the Gonzaga women's club lacrosse team concluded an undefeated regular season with wins over Portland State and University of Portland. The cherry on top? A regional season championship and a bid to nationals.

In one of its closest games all year, the Bulldogs were stuck in a 9-9 tie in the conference championship against PSU. With less than 10 seconds to go, sophomore Patricia Vowles scored a game-winning goal to clinch GU's first nationals bid in its first year in Division II.

“Winning regionals was the ultimate goal for our program this season,” said junior Caroline Boitano, who leads the team in points with 26 goals and two assists. “It puts our team on the map and it shows that we can play with some of the best competition in the country.”

This year’s Women's Collegiate Lacrosse Association national tournament takes place May 7-11 in Virginia Beach, Virginia, where 12 of Division II's top lacrosse teams will compete for glory. GU earning the nod is significant for the team, the league and the region as a whole.

“Usually our league is never acknowledged because the east coast schools are looked at very highly,” said senior Kate Shikany, one of the club’s presidents. “And having Caroline and Patricia be some of the top goal scorers in the nation is a huge accomplishment.”

Throughout the season, GU women’s club lacrosse demonstrated itself as a force to be reckoned with nationally, torching every team in the conference en route to an 11-0 record. After spending the last few weeks ranked in the national polls, the team concluded regular season ranked No. 20, but it looks to make a jump in the rankings after a weekend with two big wins and a clinched nationals bid.

“It definitely helps us to prove, if not to anyone else, that we were able to get this far,” said sophomore Avery Myers, who also played on the team last year in its final season at the Division I level. “We were really able to show how good Gonzaga women’s lacrosse can be.”

This year, they competed in the Northwest Women’s Lacrosse League against other D-II club teams in Washington, Oregon, Idaho and Montana. Despite winning every game, Boitano said the goal of the season was simply improvement.

“The transition [to D-II] allowed us to rebuild as a team and really go back to basics,” she said. “I think it’s been a positive growth experience for us — we got the chance to gain a lot of confidence in our abilities. Our team dynamic this year has been one of the best we’ve ever had.”

Myers and Shikany agreed about the strength of the team's chemistry.

“We’re both a team and a family,” Myers said.“We’ve got each other’s backs no matter what, whether it be a turnover on the field or a bad day on campus.”

“There’s so many of us who play lacrosse, have a job, volunteer, take max credits and we still show up for each other,” Shikany said.

As for next year, the team aims to continue improving and building off its solid season. The team is hoping to participate in tournaments in Seattle in the offseason as well as the Santa Barbara Shootout in Santa Barbara, California, next spring, where they would face a high level of out-of-conference competition.

As one of the rewards of winning regionals this year, the team plans on hosting NWWLL regionals next year at GU and the goal is to continue its winning ways.

“The goals for our team next year are developing, but one thing is for sure,” Myers said. “We want to win regionals again next year.”

Connor Gilbert is a staff writer.